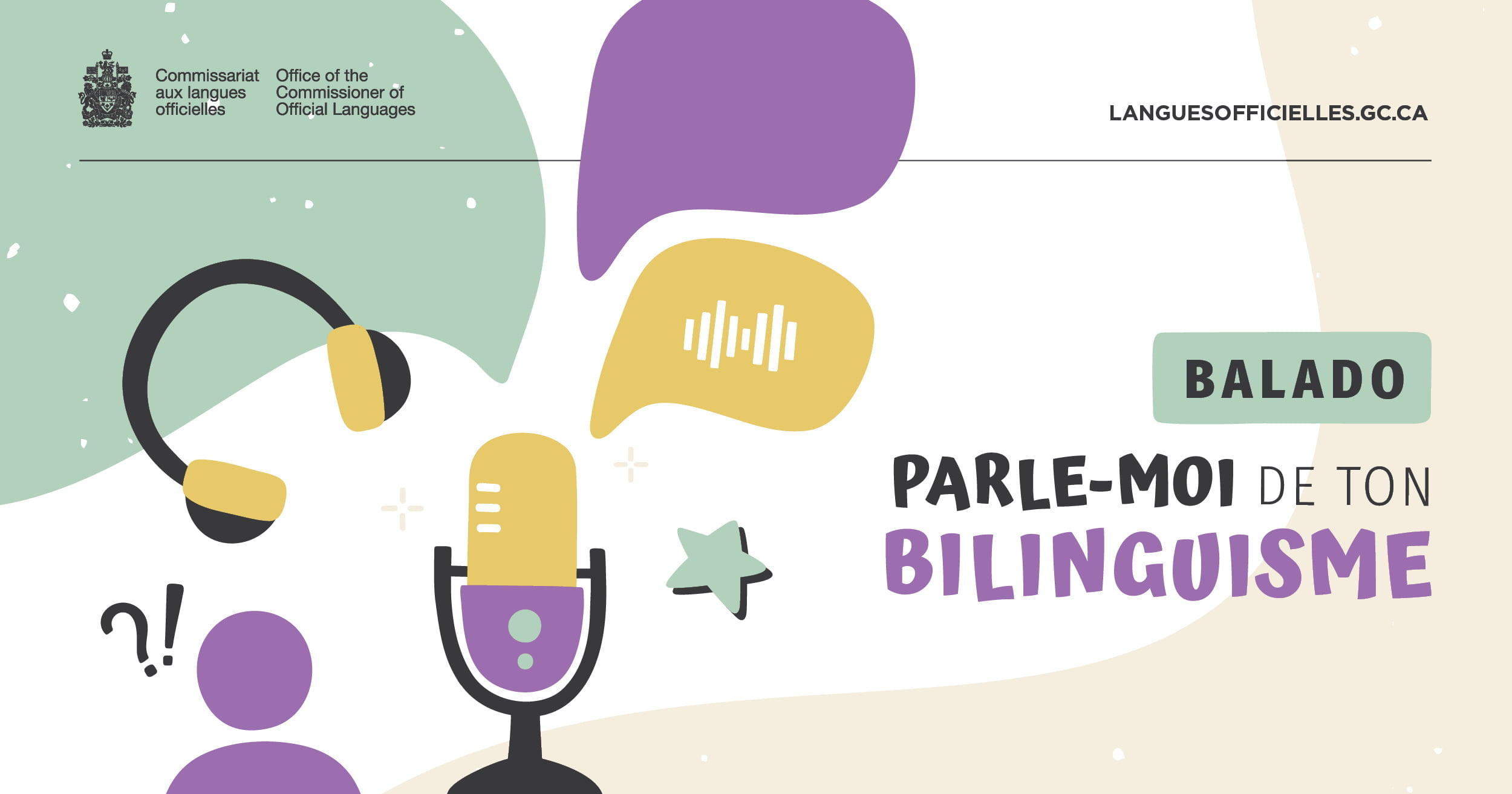 Read this article in French.

The Office of the Commissioner of Official Languages now has its own podcast!

In this new three-part series, we focus on the experiences of young bilingual people from across Canada as they discuss various topics on linguistic duality and bilingualism, as well as the challenges and benefits of living in two official languages.

Listen to their stories now!
The original (bilingual) version of each episode is accompanied by versions entirely in English and in French.

“You will see that young Francophones, Anglophones and allophones from coast to coast to coast care about the future of official languages, and are essential partners in defining their modern vision and in their contemporary value. Over the past few years, we have witnessed on several occasions that young Canadians’ interest in official languages is real. This was especially true in 2019, during the “Officially 50!” conference organized by my office. A youth delegation, made up of young people from across Canada, was invited to reflect on and discuss several topics, which we have also included in the podcast” says Raymond Théberge, Commissioner of Official Languages of Canada.

The podcast is available on Apple Podcasts, Google Podcasts, and Spotify, or visit the official webpage of the podcast.